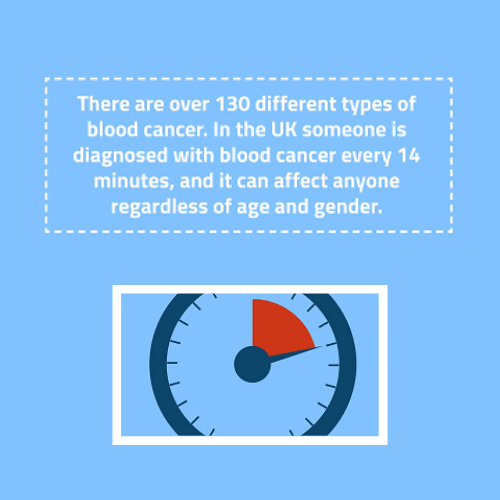 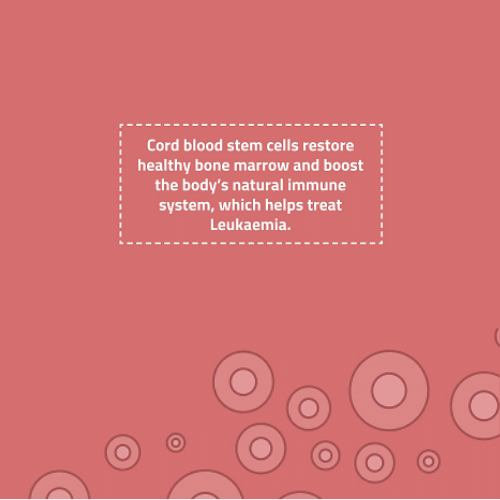 The leukaemias comprise a large range of cancers which typically originate in the bone marrow. Normally, the bone marrow produces huge numbers of carefully regulated blood and immune cells. In leukaemia, genetic flaws cause malignant transformation of bone marrow progenitor or stem cells so that they overproduce abnormal, immature non-functional cells.

The term leukaemia derives from the Greek for white: “leukos” and for blood: “haima”.

The incidence of leukaemia is strongly related to age, with the highest incidence rates being in older people, although individuals of all ages can be affected. In the UK, almost 10,000 people are diagnosed each year with leukaemia.

The leukaemias can be broadly classified according to the rate at which the disease progresses and which type of bone marrow cell is involved. Acute leukaemias tend to progress rapidly and aggressively while chronic leukaemias are slower to progress. Cell types involved are usually either myeloid or lymphoid white blood progenitor cells.

Occasionally, the progenitor cell type involved is so primitive within the bone marrow that it has both myeloid and lymphoid characteristics. Over and above this basic classification, nowadays, the leukaemia’s are generally subdivided according to the specific genetic flaws found in the cells. Genetic or molecular analysis can pick up hundreds of different sub-types of leukaemia.

Diagnosis usually involves a physical examination, blood testing and a bone marrow biopsy. The latter two tests allow clinicians to look at the cells in many ways including under the microscope but also commonly with much more sophisticated techniques which look at protein marker expression, chromosomal analysis and molecular diagnostics.

Because the leukaemias typically arise in the bone marrow where blood and immune cells are generated, the malignant process damages the production of red blood cells which carry oxygen, white blood cells which fight infection and platelets which control blood clotting. As a result of these deficiencies, patients can suffer from the following symptoms:

All leukaemias originate due to genetic mutations which can cause the uncontrolled growth of the malignant cells by affecting their proliferation and maturation. It is recognised that it takes more than one single mutation to cause the cancerous process to start. Leukaemia may be constitutive which means that a person has the genetic tendency to develop the disease.

In the majority of cases, however, the flaws in the cells are acquired during life by being exposed to environmental triggers such as certain viruses, chemotherapy for another cancer or certain chemicals.

The aim of any leukaemia treatment is to destroy the cancer cells and prevent a relapse of the disease. There are numerous strategies used to treat leukaemia depending on the patient’s age, cancer type, and the severity of the disease. In most cases, chemotherapy is the first line of treatment, although some patients require other procedures such as a stem cell transplant to try to eliminate their cancer entirely.

Despite advances in treatment, patients typically receive chemotherapy initially, possibly combined with radiotherapy. Usually, a cocktail of several chemotherapy drugs is often used as the drugs all work in different ways and the hope is that a better anti-cancer effect can be achieved. A major complication of chemotherapy is that it is designed to destroy rapidly dividing cells but the treatment is not selective against just leukaemic cells as there are other normal dividing cells within the body and these unfortunately suffer.

Radiotherapy is used to target areas of disease focus or more usually, total body irradiation to destroy leukaemic cells that have spread. Radiotherapy is usually administered in addition to chemotherapy and not as a stand-alone treatment.

This is sometimes referred to as antibody therapy and exploits our knowledge about the genetic or molecular flaws in certain leukaemias. These therapies use specific drugs that can block or interfere with the molecular processes that drive the malignant cells. Some of the drugs used currently, have revolutionised the treatment of certain leukaemias and cause far fewer side effects than chemotherapy.

This therapeutic option uses protein-based drugs called cytokines or interferons that can disrupt the molecular signalling pathways within the cancer cells in some leukaemias. The aim of this treatment is to prevent the cancer cells from proliferating.

Stem cell transplants can either be autologous where the stem cells come from the patient themselves or allogeneic where they come from a sibling or unrelated donor who is a good tissue type match for the patient. In the leukaemias, the majority of transplants use donor cells and the aim of the treatment is to replace the diseased bone marrow with healthy progenitor/stem cells. This type of transplant is sometimes called “mainstream” as it is well accepted and commonly performed worldwide.

The stem cells used in transplant may be harvested directly from the bone marrow or from the peripheral blood following use of drugs to coax them artificially out of the bone marrow to the blood from where they can be relatively easily collected. Alternatively, they can be sourced from umbilical cord blood. There are donor registries worldwide that hold data on thousands of potential donors [2, 3]. If a patient has no available matched sibling to donate, a registry search can be undertaken by clinical teams to check if there is an unrelated donor who can be approached.

Regardless of the source of stem cells, before a transplant, the patient receives high doses of chemotherapy and perhaps also radiotherapy to destroy cancerous cells as much as possible. This is followed a few days later by an infusion of blood-forming stem cells which perform two functions. The first benefit is that these cells help restore a normal bone marrow activity as the patient’s marrow will have been virtually destroyed with the chemotherapy/radiotherapy. The second, remarkable benefit is that in cases where the allogeneic cells are used, the healthy donor immune cells are able to seek and destroy any residual leukaemia cells in the patient.

One side effect of giving a patient healthy donor immune cells is that these cells not only recognise cancer as foreign and destroy them which is desirable, but they can also detect normal cells as foreign and damage them this scenario is called Graft vs Host Disease (GVHD). This can be controlled with drugs and careful tissue typing.

It must be acknowledged, however, in some cases as with all treatments for leukaemia, transplantation does not always bring a long-term cure.

This is a fast-moving field that has grown from knowledge gathered from mainstream stem cell transplantation. Immunotherapy works to improve and harness the anti-cancer effect of cells of the immune system. Cells may be collected from the patient themselves or may be from a donor. The process involves laboratory manipulation of the cells to enhance their ability to find and destroy leukaemia cells in the patient [4].

An exciting development in Immunotherapy involves the use CAR T cells which involve taking white blood cells called T cells from patients and engineering them by altering their gene expression to be able to seek and destroy acute lymphoblastic leukaemia cells. This treatment is licenced in the UK for the treatment of children and young adults suffering from this particular type of leukaemia [5].

Research Into the use of Stem Cells for Leukaemia

The majority of research is focusing on immunotherapeutic techniques and genetic manipulation of stem or progenitor cells that may be used in transplantation.

Another active area of research is the development of methods to expand stem cells in the laboratory, often by pharmaceutical companies. This strategy is of particular interest in enabling the manipulation and culture of cord blood cells which may, in turn, be useful for the treatment of various diseases [6,7].

Undoubtedly, there have been many significant advances the treatment options for patients with leukaemia over the last two decades and as our knowledge grows, more innovative therapies are being investigated in clinical trials and are continuing to become available.